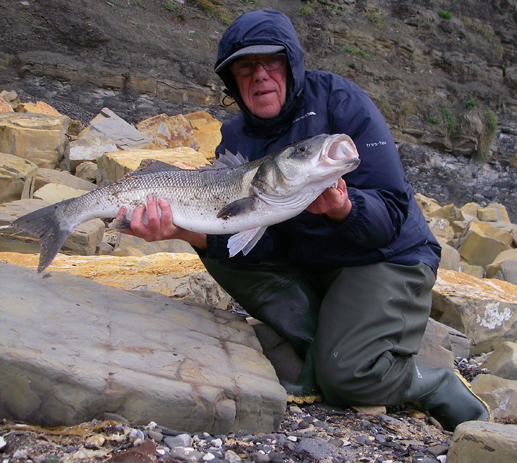 When Dr Mike Ladle was in NZ recently we had a discussion on how he targets large bass with cut baits in very shallow water. This is a technique that he has perfected and it came about largely by accident.

One day when he was making his way home just after dawn he disturbed a huge bass close to the shore in calf deep water. He simply could not believe how big the fish was and how close to the shore it was feeding. A double figure bass certainly makes you sit up and take notice when most of the fish typically caught on lures averaged around 3lb. This got Mike thinking about whether this was common behaviour and how he could target big bass feeding in the shallows at dawn that were following the incoming tide in.

The next morning saw Mike up well before dawn and at the spot where he’d seen the big bass the day before. He was armed with couple of frozen mackerel for bait. He threaded a circle hook through a mackerel fillet and placed the bait in a couple of inches of water just behind where the waves were gently lapping onto the shore. He then walked carefully up the beach and found a rock to sit on as he waited for the incoming tide to flood in. He left the bail of his spinning reel open and threaded the braid through a ‘line clip’ that he’d fashioned by taping a 6 mm wide rubber band to the rod near the butt ring. 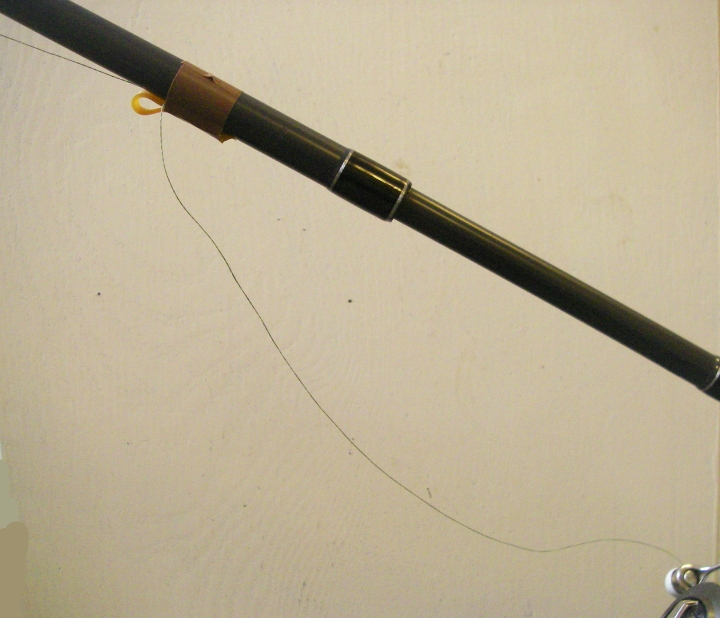 Eventually the bait was taken by a bass and the line popped out from under the rubber band. Mike let the fish run with the bait for a minute or two before setting the hook. The fish was a stonking 12 1/4 lb. trophy bass. To prove it was no fluke Mike has now had 18 sessions using this technique and caught 12 fish. None of the bass have been smaller than 5 lb. and four have been double figure specimens! He hadn’t caught a double figure fish on a lure for 6 years and fish over 5 lb. were rare enough to be celebrated with champagne. If you want to read the full story then click on:-  http://www.mikeladle.com/archive/catch509.html

This technique should work for snapper and other fish in NZ as there is no doubt that the big fish do come in very close to feed under the cover of darkness.

The thing that fascinated us both about Mike’s tactics though was the use of a rubber band taped to the rod as a line clip. When a fish takes the bait the line slips out from under the rubber band and the fish was free to pull line off the reel without any hint of drag. When Mike decides that the fish had the bait in its mouth long enough he simply flips the bail arm over and sets the hook.  The rubber band is almost turning his conventional spinning reel into a bait feeder reel so we’ve nicknamed this innovation the “Rubber band bait feeder”.

Mike also carries another rubber band in his pocket. He loops this around a ring at the end of the session and slips the hook or lure treble into the loop of the band. This avoids the common practice of threading hooks into rings or frames which can cause damage. Another elegantly simple solution to a common problem. This is shown in the image below.