Recently I wrote an article which described in detail how to find suitable estuarine flats to fish using Google Earth and marine charts and the signs to look for once you are at your chosen spot which give away where the fish are probably holding. https://activeanglingnz.com/2014/04/21/stalking-the-flats-part-one-the-approach/

Despite what Google Earth and marine charts show estuarine channels are dynamic. They are constantly changing in profile and depth due to tidal and wind action. The shallower and narrower the channel the more prone it is to change. If you are fishing an area very regularly then it is likely that these changes will quickly become evident. However if you are fishing the channel for the first time, or infrequently, then it is likely that any recent changes from the charts will remain unnoticed. This means that it is necessary to continually adapt and learn to read what is happening underwater, either from current speeds and directions or from what is happening to your fly or lure.

Several years ago I used to have a boat with a fish finder and this was invaluable for determining the changes in channel structure over time in the estuaries I fished. I’d regularly run over the length of the channels, find the holes which held fish and figure out where to focus effort when fishing from the shore. I’d note the changes in my fishing diary to try and build a picture of what was happening over time. 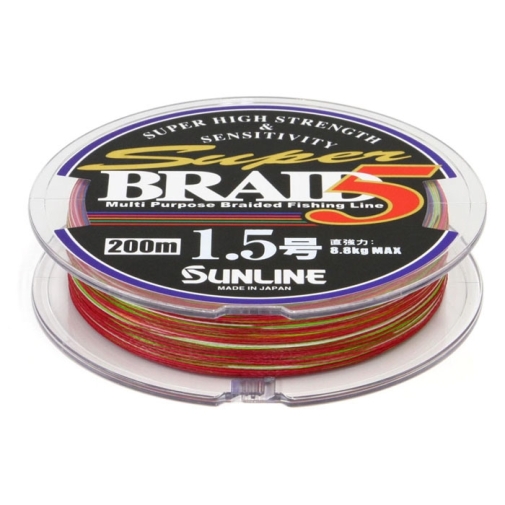 When I got rid of the boat I had to find another way to prospect the channels and identify any changes. The way I did this was to develop a technique to use my spinning rod as a prospecting tool. To do this, I switched from using fused braid to a colour coded braid from the Japanese manufacturer Sunline called Superbraid5. Each colour signifies a 10 metre length of line and there are marks on the braid at one metre intervals. With colour coded braid it is possible to cast a set distance and get an accurate bead on where the lure is taken. I typically cast the lure out, count it down to the bottom and retrieve. If the bottom is likely to be gnarly then I’ll use a soft plastic or Veltic bladed lure to minimise the snagging and cost of tackle losses. The aim is to keep the lure as close to the bottom as possible without getting snagged. If the water depth is less than 3 metres then a ¼ oz. jig head with a 7.5 cm soft plastic should suffice. Similarly a floating, deep diving bibbed lure that tracks to 3 metres would be ideal. As a rough rule of thumb, in water less than 6 metres deep it typically takes 10 – 25 seconds for a lure to reach the bottom depending on lure weight and current speed.

I always take my spinning rod on the flats, even why I’m fly fishing. If I can see fish in the shallows then I will target them with my fly rod. If not, then I’ll have a few casts with my spinning rod to see if I can locate the fish and formulate a plan to get my fly close to where they are holding. It is a much more effective approach than to simply fish blind with a fly. No doubt the purists will paint me as a heretic but it is a pragmatic approach which massively increases my success rates.

To put this in context, many times I’ve been fishing unsuccessfully with other fly fisherman and switched to my spinning rod to prospect and quickly found where the fish were holding. We’ve all then been able to take advantage of the additional information and often hooked up. Once it was even possible to predict an imminent kahawai attack on bait fish congregating in the shallows as I discovered the kahawai were holding on the edge of a shelf out of fly casting range waiting for the bait fish to be forced off the flats by the receding tide. I’m sure my colleagues would have moved further along the estuary in search of fish if I had not located the school with my spinning rod. 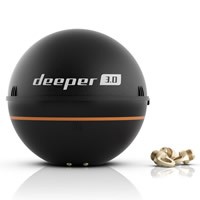 The other cunning way to find the channel depth and where the fish are holding is to use a Deeper Smart Fishfinder. The Deeper Smart Fishfinder is a wireless, castable echo-sounder compatible with iOS and Android smartphones or tablets. Bluetooth connection secures the distance between Deeper Smart Fishfinder and the device user up to 130ft/40 m. It is apparently designed to scan the bottom and entire water column and mark fish, measure depth, temperature, bottom structure and other valuable data points that are essential for productive fishing – then stream that information instantaneously to your smartphone or tablet. If you are technologically savvy then this castable fishfinder could be worth a look. Click on the link to find out more:- http://www.kilwell.co.nz/products/category/search/FLDP-09?utm_source=Kilwell+Club&utm_campaign=1700e4721f-Deeper_voucher_promo_1-11-16&utm_medium=email&utm_term=0_2c8a3c05df-1700e4721f-339835397

Another common feature of estuaries is moored yachts and launches. These floating “fish attracting devices” are almost always anchored in the deepest holes in the channels and create shade. Depth and shade are two things that predators crave so you need to look out for features that provide both benefits when prospecting estuaries. Predators love to attack from shade as a fish in shade can spot a fish in sunlight about 2.5 times further away than it can be seen itself. If you want to learn more about this phenomenon and how to target moored boats then click on the following links:-

If you are aiming to target kingfish then you should also keep an eye out for large stingrays moving across the shallows as kingfish will often shadow them. The relationship is commensalistic which means that the kingfish benefits but the stingray suffers no harm. In essence as the stingray glides across the sand it disturbs flounder and small fish. These fish are focussed on the stingray and dart away as it approaches only to be snaffled by the kingfish which are trailing behind (and were hidden from view). I’ve noticed that kingfish do not tend to shadow  the smaller eagle rays and that they hunt more actively on an incoming tide as the flounder, in particular, tend to follow the tide in to feed. There are no hard and fast rules on this behaviour however so keep an eye out for large stingrays and treat each one seen as if it has an attendant kingfish. Crease flies, poppers or sinking flies that imitate flounder seem to work best. The following video link shows ray riding kingfish in action and how to target them:- https://vimeo.com/122509003

The best time to fish for kingfish seems to be a dawn high tide. They like to work the shallow margins with the rising sun behind them so that their prey is looking into the sun. In some flats around the country they will seem to feed throughout the day following stingrays but this does not seem to often be the case around Auckland.

For other fish species I like to either focus on the last two hours of the outgoing tide, when baitfish are finally forced off the flats and concentrated into the channels, or the first two hours of the incoming tide when the returning predators can herd baitfish against the sand bars and attack them systematically. Look for guts and the rips that form in them at the end of bays as these force the baitfish together and they are less manoeuvrable, and hence more vulnerable, in current. The window around low tide is also often the only time that anglers can get out onto the flats so you have to make the most of it.

One of the thing that I always wear which I believe gives me a decided edge on the flats is camouflage clothing. Last weekend I was stalking the flats at dusk and a large stingray came towards me from the channel and suddenly plopped down on the sand like a giant rubber plunger about two rod lengths away. The water was less than knee deep. Gliding behind it was a large kingfish, easily 90 cm long. As the stingray did what stingrays do the kingfish circled nonchalantly around primed to strike. Both appeared oblivious to my presence. I carefully flicked out my lure several times to try and hook the kingfish but it was not to be. Since I’ve started wearing camouflage to number of big fish that I’ve seen in close like this has climbed exponentially. I now even vary the camouflage clothing to suit where I am fishing. If you want to learn more click on:- https://activeanglingnz.com/2016/03/21/does-camoflage-clothing-work/

Many anglers stalking the flats for the first time fail to take time to see what is happening around them. It is important to observe what the sea birds are doing as this gives plenty of clues as to which predators may be present and what they are likely to be feeding on. This behaviour has been covered at length in the article:- https://activeanglingnz.com/2015/07/29/watch-the-birdie/

Another thing which I try to avoid is entering the water to cast, especially when fly fishing in shallow water. Entering the water alerts the fish to your presence and simply forces them further out. I’ve watched this happen many times as anglers trying to get close never seem to make any headway on their quarry and end up spooking them eventually. It is better to stay still, away from the waters edge, and let them come to you. This is often easier said than done.

The only way to really gain a thorough understanding of what goes on in the harbour estuaries is to spend time fishing the same spots, across different stages of the tide and times of day, throughout the year. Record what you find and try to see if there are historical patterns. I’ve visited some of the spots I fish at least every fortnight for over 10 years. Consequently I have a huge database of knowledge on these spots and this helps improve catch rates, especially on the hard days. There simply is no substitute for time on the water.

2 thoughts on “FINDING FISH ON THE FLATS”